Unique craft beer based on regional organic ingredients is a matter close to Maximilian Krieger’s heart. Together with his father Michael he runs the Riedenburger Brauhaus in Lower Bavaria. Here they traditionally do things a little bit differently than elsewhere. While the father introduced organic beer made from regional ingredients, the son focuses on Craft Beer. For this, he even brings a piece of New York into the homeland.

Hand in hand with the farmers from the region

So this is where it took place, ther evolution in the beer glass? The location is idyllic for a revolution: the town of Riedenburg in Lower Bavaria. It is on the northernmost point of Lower Bavaria, on the bank of the Altmühl, which has cut deeply into the hilly landscape.

Here, Michael Krieger and his son Maximilian brew beer together with around 30 other staff. Things are done a bit differently here than elsewhere – and that can be seen and is evident in the taste. In 1994, Riedenburger was the first brewery in Germany to become fully organic. To the more traditional brewing industry, that seemed like a revolution.

Michael Krieger began to use malt from traditional grains as early as the 1980s. Einkorn, emmer and spelt are not just ideal for organic farming; they also have a positive effect on the taste, thanks to their high protein content.

Bavarian brewing art – anything but stale

Taste is the real keyword for the son, Maximilian Krieger. The 35-year-old manages the stylish brewery together with his father. He is following the organic path of his parents – but he too is bringing about a small revolution: Maximilian Krieger has paired their own beer traditions with international influences. The key term is craft beer; in other words, handcrafted, characterful beers.

Craft Beer traditional and yet different

That is what Maximilian Krieger is creating in Riedenburg. He is supported in this by the craft beer pioneers of the Brooklyn Brewery from New York. “Interestingly, the Americans are introducing ideas which are not actually new in Bavaria, but have gone out of fashion. Dry-hopping (Hopfenstopfen) for example”. This method sees the hops being added to the brew after it has cooled. This sees the aromatic hop oils released, resulting in fruity nuances.

The art of brewing in the Riedenburger Brauhaus 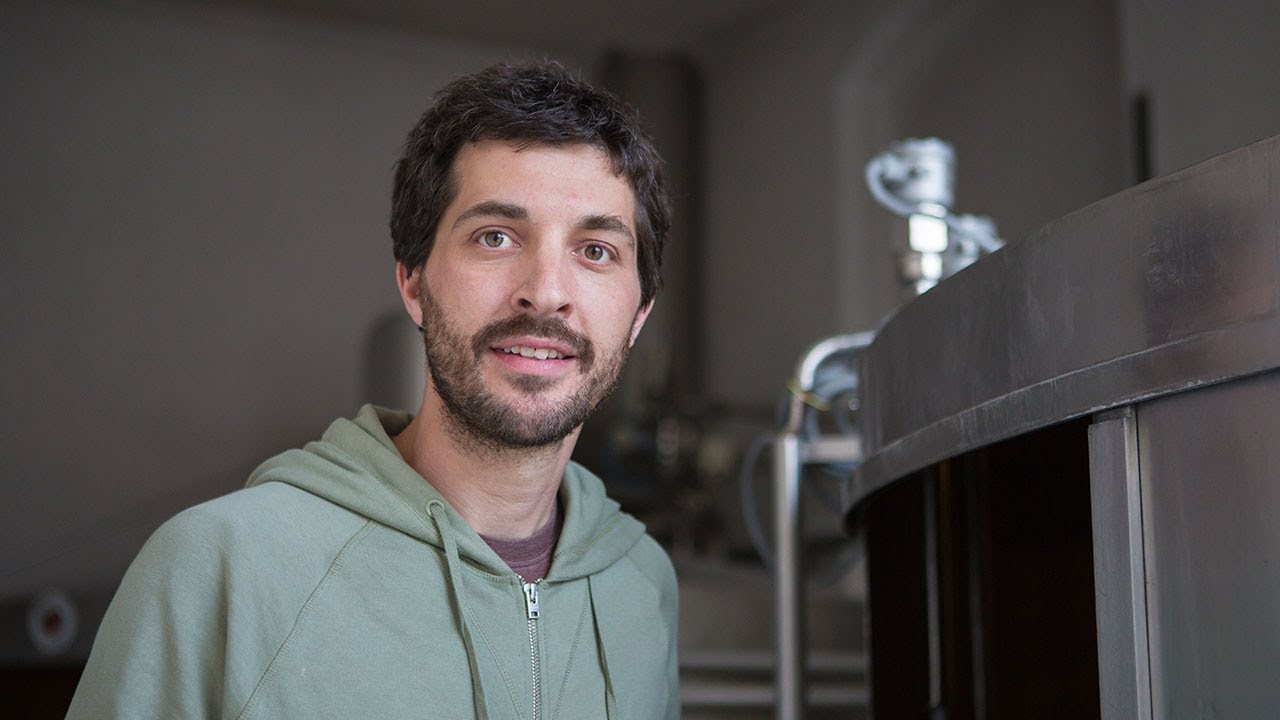 The Winery Max Müller and the Mainsilvaner

The Winery Max Müller and the Mainsilvaner

Vintner Christian Müller is proof that late love can be even more passionate. He is in love with the Silvaner: the most important vine from his Franconian homeland. He is breathing new life into this wine using methods from bygone eras.

Bavarian sausage: Master butcher Ursula Sedlmayr is well known for her original sausage creations. She forges her own path in this male-dominated profession.

Unique – then and now: In his bakery in Dachsbach, free baker Arnd Erbel delights his customers with traditionally made products.

In her restaurant “Mundart”, head chef Stefanie Bauer conjures up Bavarian specialities with an extra helping of sophistication – much to the delight of her guests.

On the hunt for cheese with Thomas Breckle

On the hunt for cheese with Thomas Breckle

Thomas Breckle is Germany’s only hard cheese affineur. People queue around the block outside his shop Jamei Laibspeis in Kempten.

Silvia Beyer runs the first vegetarian mountain cabin in the Alps. What do guests think of the menu and has her concept proved successful?

For Teresa Deufel, winemaking is in her blood. Her charming vineyard sits directly on Lake Constance – a meeting place for locals and visitors alike.

Germany is the land of white wine – but at Weingut Fürst in Franken it is red wine that rules. These noble wines have won the winemaker many accolades.

Get our latest tips on offers, experiences and events for free and at first hand!

* Your personal data will of course be treated with the utmost discretion and will not be made available to a third party. If you no longer wish to receive the newsletter you may unsubscribe at any time.